This piece is inspired by Disney’s Moana. Not that there’s an octopus in the film but the idea that something holds the key to a mysterious tale.

If you have watched this beautiful film then you know that… Wait here’s a spoiler alert. If you haven’t watched Moana and plan to. You should come back later. Okay, back to me. So in the film, there is a goddess named Te Fiti who has the power to create life. Her heart is a small pounamu stone which was later stolen by the demigod Maui. Losing her heart, Te Fiti fell and the world began to be invaded by the darkness. Moana, the daughter of the village chief, embarked on a journey to save the village. She has to find Maui and return him to Te Fiti to restore the heart.

I’m always fascinated by stories about certain objects have been lost and need to be retrieved. After I watched Moana, I felt like creating something about a mysterious object. The first thing that popped into my mind is an octopus who guards this object. Then I began to think what object would be interesting. I imagined someone holding the key to happiness but who still has to find the lock to open it. Therefore a beautifully engraved, vintage, rusted lock is exactly what my octopus is holding onto.

After finishing the sketch I began to work on the details.

Now the detailed draft is complete. It’s time to put ink on it.

However the first attempt was not great. The texture of the head of the octopus is a bit tricky to handle. I don’t like how I rendered it the first time. After I gave up on this version. I quickly added black outline to the lock to see the effect and the lock looked a bit off as well. I tried a few things to see if the shades looked okay on the lock. I redesigned a few details on the lock’s engraving and started on another try. 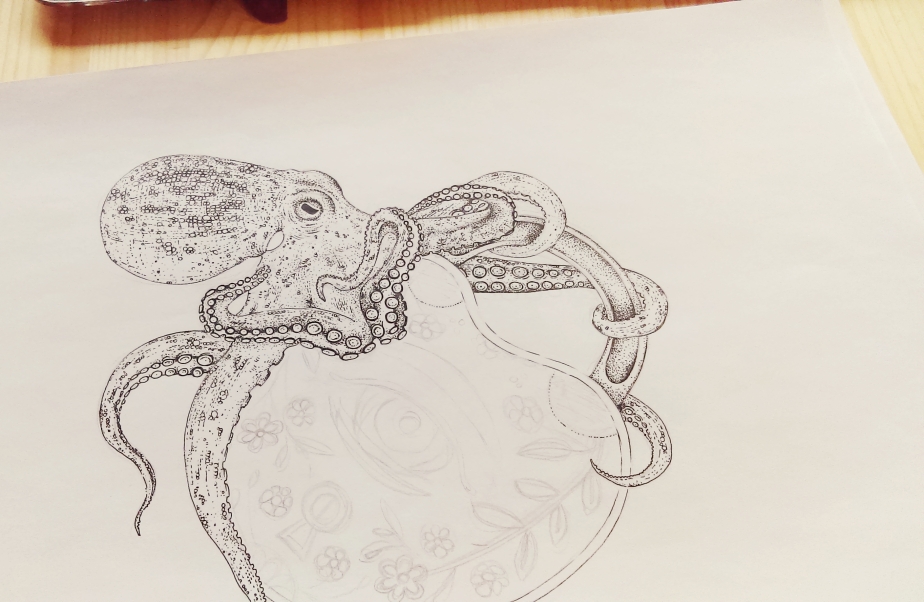 This time I tried to add details little by little instead of finishing it in one go. After completing the octopus I compared the two. 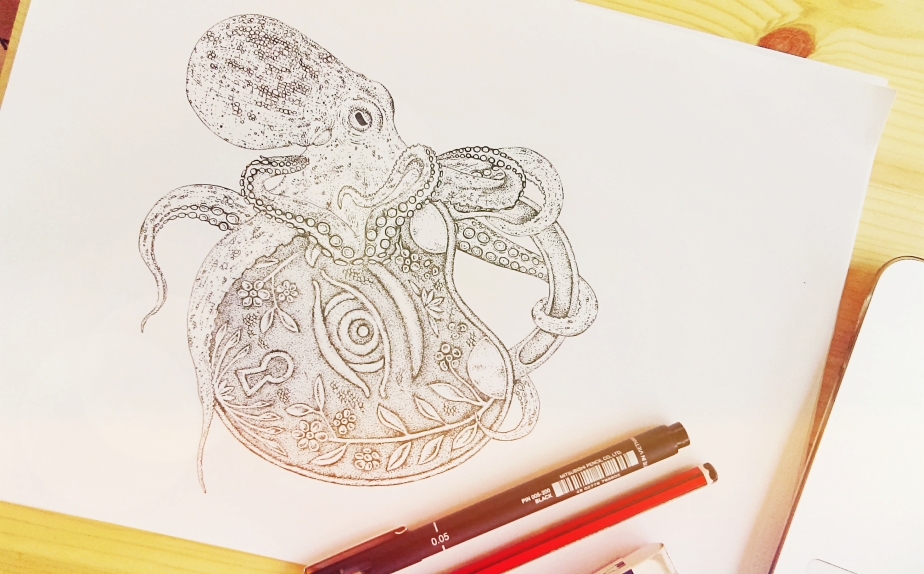 After hours of dotting on the paper, here’s our octopus guarding the lock. After finishing the entire piece, I then began to add detail and some touch-ups here and there.

Here’s the finished piece and some close-ups. 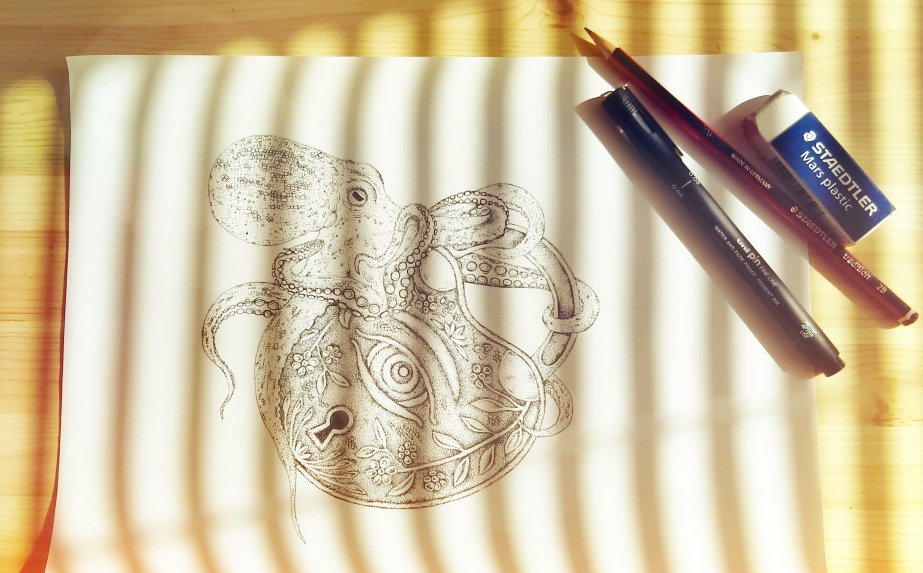